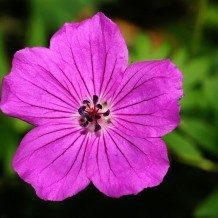 A Review by Trina Becksted, Publisher of Holistic Healing News

I first saw The Ageless Secret this past December at the American Academy of Anti-Aging’s 22nd Annual Congress in Las Vegas. I heard it contained “subtle energy” and I thought: How can we get this in a bottle?

The Ageless Secret booth was so busy with media and physicians from the conference milling around. There was no doubt in my mind that the creator, Jim Kaszyk, was the media darling that day. Although I wanted to meet Kaszyk while at the conference, there was no way I could get past the blockade of interested physicians and media moguls. I decided that I would take a rest from my pursuit and I would get in touch with him when I arrived back in Scottsdale.

I contacted Kaszyk a couple of weeks ago to see if he would be interested in letting me do a review for our Holistic Healing News. The interview came at the perfect time for both our readers and me, since I was considering some costly injectables to do a little facial rejuvenation for myself.

Kaszyk wasted no time and I received his Ageless Secret Gold Formula in the mail the very next day. The formula is said to be an “Energetic Cosmetic”. My particular package consisted of 3 identical bottles, each about 1.6 ML. I couldn’t get my hands on the formula quick enough. While the batch claimed to be a 2-month supply I went through 1 bottle in 2 weeks. I better pace myself!

Ironically, I had scheduled a micro current treatment from my friend Cindy Bates, of Bodywork For Life, on the same day I received the formula. Micro current is known to stimulate collagen growth, which is exactly what I needed! Funny thing is, unbeknownst to me at the time, the instructions accompanying Ageless Secret the formula was recommended to use with micro current! I thought, “what a Divine Plan! I must be meant to have this now.” I love synchronicity!

Firstly, what is subtle energy? It is the basis of acupuncture, Reiki and 4,000-year-old Traditional Chinese Medicine. Also known as CHI, subtle energy has been believed to be moving around us at speeds faster than the speed of light. In simple terms, it is an Organizing Energy that makes life possible. Excitingly, this can now be found in Kaszyk’s elixir that I am ecstatic to review!

After more than 20 years of research, Jim Kaszyk has found a way to capture, bottle and measure subtle energy. The energy has been said to re-energize cells in the body and produce the growth of new, younger cells. Kaszyk has discovered a way to use the energy’s effects to build out collagen for sagging skin.

Kaszyk first proved the existence of subtle energy in his lab. He then had the energy duplicated by other labs such as ACTA and Adamson Labs. Kaszyk showcased how when infused with water, the energy had unique qualities. He since formed The Ageless Secret™, a company focused on selling anti-aging skin sprays that use his revolutionary discovery of infused water with energies in the body.

I immediately started spraying my face, hands and neck with the Gold Pro Formula several times a day and each night before bed. The main ingredients of this formula are Aloe and MSM. By the next day I could see positive effects. My skin was a little red and puffy, but I thought I WILL TAKE this puffiness any day over sagging skin! The truth is I don’t have wrinkles, but rather I have more a collagen loss from key areas of my face. All of my tennis and outdoor hiking, golf, scuba diving and swimming in the sun were beginning to show signs. I can honestly say I was so enthused over the past 2 weeks to know that I could spray my face with the formula multiple times a day and see the “plumping” results within the next few days.

During the first week, my face felt warm and a little ruddy. Yet my skin seemed to perk back up to its original, more youthful self. Another week later, and I can say without a doubt that there is something to this pure organic energy formula, The Ageless Secret. Therefore, I would like to go on record and say that I positively endorse this product and recommend it to all of our readers.

Thank you Jim for this breakthrough molecular magic you have created. There is much more science, product information and press at www.agelesssecret.com.