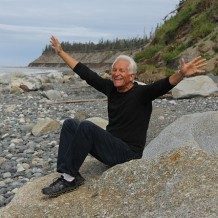 By Holistic Healing News
0 973
First-Ever Improvements in Alzheimer’s Patients’
Cognitive Abilities Reported New Study Seeks to Replicate Historic Findings
of Aluminum Reduction Treatment
In 2013, a successful pilot study published in The Journal of Alzheimer’s Disease demonstrated clinically significant improvements in cognitive function among some Alzheimer’s patients after ingesting silicon-rich mineral water (which aids in the excretion of aluminum) daily over a 12-week period. This is the first time a peer-reviewed study has reported any level of success in treating Alzheimer’s patients and it is the basis of new research to replicate the results on a broader scale, announced the Children’s Medical Safety Research Institute today.

A new trial has been fully endorsed by the Editor-in-Chief of the Journal of Alzheimer’s Disease, George Perry, Ph.D.

The historic 2013 study was conducted by researchers at Keele University in Staffordshire, England, led by Professor of Bioinorganic Chemistry Christopher Exley. Exley has been a pioneer in the study of aluminum toxicity and silicon for over 30 years and was the first to show that the toxicity of fish can be completely removed in the presence of silicon. Ten years ago, he demonstrated the same for humans. A recipient of a prestigious Royal Society University Research Fellowship, Exley has published over 150 scientific papers and has been the Principal or Chief Investigator in two previous Alzheimer’s trials and others involving Parkinson’s disease, multiple sclerosis, macrophagic myofasciitis and premature babies.

In the proposed trial, early-stage Alzheimer’s disease patients will be recruited to drink at least a liter of silicon-rich mineral water every day for up to 24 months. During this time, Exley and his team will carefully monitor the state and/or the progression of memory and cognition degradation to determine if there is statistically valid proof of a contributory role for aluminum in Alzheimer’s disease.

“There have not been any significant advances in the treatment of Alzheimer’s disease for 40 years,” said Dr. Exley. “We are now in position to establish if aluminum plays a role in the disease and if it does, we will have an effective strategy for treating people with the it.”