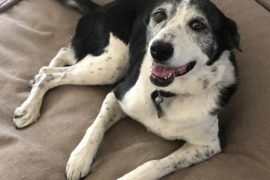 Float Tanks- Float Your Way to Relaxation and Improved Health

The use of flotation tanks is growing faster than ever. They can be used for relaxation or meditation, to ease muscle aches, and even to help treat some medical problems. The annual industry report by Float Tank Solutions indicates that 149 centers have opened since 2011. Within the next two years 222 more float tank businesses are planned to open.

Float tanks are found in spas, and have also been seen in many gyms and locker rooms. Professional athletes like Steph Curry and Tom Brady use float tanks to help their sore muscles recover. For this reason, the New England Patriots just added two float tanks to their facility.

Float tanks range in size, some are circular pools 8 feet in diameter and some can be much larger and include a lid that you can choose to close or leave open. Closing the lid offers an enhanced experience since there is no light and no sound to disrupt you during your treatment.

The tanks are filled with about a foot of water and 1,000 pounds of Epsom salt. Yes, you read that correctly, 1,000! This ratio is similar to that of the Dead Sea. The Epsom salt, other wise known as magnesium sulfate, is the same thing you see in the grocery store or pharmacy. It is a versatile household item that has been used therapeutically for hundreds of years. The large salt concentration adds buoyancy to the water which makes it possible for people to float on the surface effortlessly.

The water and air temperatures are set to mirror that of your skin, so that there is almost no perception of gravity. In a float tank treatment, people float for about 60 to 90 minutes. After the float, people feel rested, relaxed, and rejuvenated.

What does the float tank do?

The Epsom salt or magnesium sulfate is the key to the success of float tanks. Dr. Carolyn Dean, M.D. N.D., a top naturopathic doctor and member of the Nutritional Magnesium Association’s medical advisory board, says, “Magnesium absorbs through the skin, so floating is a good way to get magnesium saturation.”

Magnesium helps the body regulate the activity of more than 600 enzymes. Not having enough magnesium in the body can contribute to high blood pressure, hyperactivity, anxiety, heart problems, and more. Also, it is said that the majority of Americans don’t get enough magnesium from their diet alone.

Why not give it a try?

Float tanks can help you in a number of ways. Since the use of float tanks involves sensory deprivation, it can be a relaxing treatment for things like PTSD, anxiety, and depression. It can also help with adults and children that have autism to combat sensory overload. They can also be used to simply relax, meditate, and even boost creativity. They are beneficial to the healing and soothing of sore muscles of athletes and people with rigorous workout routines. No matter what body-type, lifestyle or state of health you may have, the float tank experience may be worthwhile. Float tanks are a natural and safe way to help and heal your body and mind!