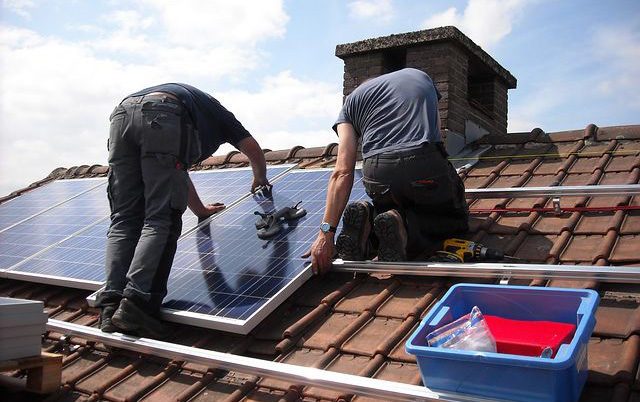 The Future of Solar Energy

With an average of almost 300 days of sunshine per year, the Phoenix Metropolitan area is a perfect location to catch some rays. Many residents have taken advantage of the sunshine to catch rays on a more literal level by utilizing solar power.

Solar power has become a common way to save money and energy and in a city that is sunny for approximately 85% of the year. With that much sunshine, there is no doubt that relying on solar power is effective. In fact, solar power can produce enough energy for a consumer to save and store it for later use.

Many people shy away from installing solar energy because the cost of the panels and installation can be intimidating. According to Greg Thompson, owner of Scottsdale Solar, regardless of the price, the panels can pay for themselves in just seven years.

Scottsdale Solar is a solar power installation company serving the Valley for almost a decade. The company services both residential and commercial properties in the Phoenix Metro area.

The average 2,000 square foot home requires about 26 solar panels to be powered efficiently, Thompson said. The price tag on this type of technology and installation is about $20,000. In a city as hot as Phoenix, where temperatures can reach over 115 degrees in the summer, solar panels can help combat the price of running air conditioning units in the summer.

How does it work?

After solar power is installed, a utility meter tracks your energy use and any excess energy the panels have created. Any unused energy feeds back into the grid and can be used elsewhere, for example, to power a neighboring house. Some utility companies, like Arizona Public Service (APS), track any unused power your solar panels create and give you credits. These credits can offset future power consumption like the energy used at night or the significant amount of energy used to power air conditioning units during the Phoenix summer. The credits rewarded are reusable at full retail cost.

For anyone with solar panels already installed, this is a great advantage, but unfortunately, Thompson said, this advantage is about to change. If consumers using APS make reservations to install solar power by July 1, 2017, they will still receive the full retail credit for up to 20 years. APS called this the “grandfather clause.” If installation is not approved until after that date, the credits collected will be lower than full retail cost. The cost of the lower credit has not yet been determined.

The Future of Solar Power

This may be discouraging for future solar power consumers, but there is new technology to combat this inconvenience. Tesla, Inc. has created a product called the Tesla Powerwall to help solve the problem of letting unused energy go to waste or on to the next consumer without any compensation. According to Tesla, the Powerwall is a rechargeable lithium ion battery that collects and stores excess power for later use. It provides more reliable power storage that is also available during power outages, unlike relying solely on APS.

“The Tesla Powerwall is going to be the next breakthrough technology,” Thompson said.

Thompson recently installed one in a home in Scottsdale, Ariz., but said it’s not yet a common product because of the price. “Right now, it’s a novelty for the wealthy,” he said. The price for one Tesla Powerwall is about $5,500 before installation. This can store power for the average three-bedroom home, according to Tesla.

Solar power is a popular source of renewable energy, especially in Arizona, the country’s sunniest state. With the new technology Tesla, Inc. has developed, there is no doubt now is a good time to opt for a more sustainable energy source.