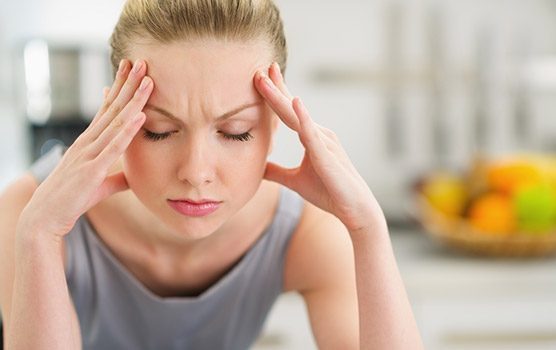 Is There A Connection Between Allergies and Migraines?

There is a common theme that resonates throughout many of the most common health problems seen in medicine. This factor plays a central in many conditions and influences the presentation of and course of many, many health problems. This factor is inflammation.

Inflammation is a term which describes a state in which the body is calling out for help. Inflammation occurs during cold season, and invigorates the immune system to find and eliminate the offending microbe. Inflammation is also a major player in the development of lifestyle-related ailments such as metabolic syndrome, heart disease and cancer. It is well known to anyone who suffers from allergies that one of the best ways to control allergic symptoms is to take an anti-histamine.

What might not be as commonly known is that anti-histamines work by inhibiting an inflammatory signal that triggers the release of histamine in the body. Inhibiting histamine leads to eyes that are less itchy, noses that are less runny, and stops sneezes that will knock you off your chair.

Another condition that is worsened by increased inflammation is migraine headaches. Recently, a group of researchers investigated the effect that specific sublingual immunotherapy had on migraine sufferers. These researchers first identified respiratory allergies in the group being studied and then compounded a sublingual allergy serum based on each individual’s allergic profile. Study participants were then administered their sublingual allergy serum and asked not to take any form of migraine medicine. The participants were then asked questioned to determine the effect their serum had on the occurrence and severity of migraines. When the study was completed the researchers reported that there was a decline in the patient’s inflammation levels, and they also believed treatment of allergies may have a place in the management of migraines.

I found this study interesting because of the way it illustrated that two seemingly unrelated health problems have a common thread running between them. Patients are often looking for ways to manage their allergies, especially during the springtime. Over the past two years we have been offering patient-specific sublingual immunotherapy (SLIT) in the office, and have received fantastic reviews from the grand majority of patients using it. With this new research the use of SLIT might be considered in patients with persistent migraines, and especially if allergies are part of the overall symptom picture.

Dr. Jonathan Psenka is a licensed Naturopathic Physician practicing in Phoenix, Arizona. His practice philosophy is based on a commitment to providing patients with the knowledge they need to be active participants in their own healthcare. He uses a wide variety of holistic therapies and tailors each patient’s treatment to his or her individual needs. Dr. Psenka believes that in order to successfully fight disease it is necessary to address not only the symptoms, but also the potential causes and risk factors as well.

Dr. Psenka’s practice focuses on helping people with diseases such as cancer, viral conditions, and environmental toxicities. In addition to helping people overcome acute illnesses, he also is an advocate of preventative medicine. By identifying and addressing potential risk factors it is possible to reduce the chance of disease development or re-occurrence.

In addition to practicing medicine, Dr. Psenka also serves as adjunct faculty at several universities, including Southwest College of Naturopathic Medicine and Kaplan University. He teaches subjects such as anatomy and physiology, Complementary and Alternative Medicine, Mind-Body Medicine, and clinical rotations for fourth-year medical students.

In the past, Dr. Psenka has served as a board member and as the vice president of the Arizona Naturopathic Medical Association.

Dr. Psenka is a frequent lecturer and writer, often presenting at medical conventions and health expos.