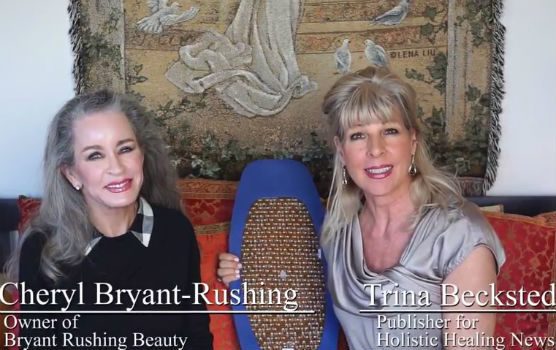 Just say “No” to GMO by Choosing Organic Foods!

There is a lot of talk about GMO and non-GMO. What exactly is a GMO? A GMO is a Genetically Modified Organism. In a laboratory setting, the genes from the DNA of one species is taken and inserted into a plant. The genes could be from bacteria, viruses, insects, or an animal. The purpose is to give the plant certain qualities like resistance to pests, reduction in spoiling, new colors, resistance to environmental conditions, or anything else to make the plant more desirable. Sounds delicious right? The less you do to a plant the better, nature always knows best and GMO’s are not natural.

Even if you weren’t sure what GMO’s were, odds are you and your family have been eating them. According to the Center for Food Safety, in the U.S., 92% of U.S. corn, 94% of soybeans, and 94% of cotton is genetically modified (cotton oil is used in foods). They also say that up to 75% of the processed foods in the grocery store contain Genetically Modified Ingredients.

You have probably seen the labels Non-GMO and Organic on products in the grocery store. These labels may be a little confusing to shoppers. Non-GMO means the plant and/or all the ingredients were not genetically modified. Organic means that not only is this a natural plant, but it was not cultivated with pesticides, herbicides, antibiotics, etc. That being said, when you see the label organic, this means it is also not a GMO, since there’s no such thing as an organic GMO. Unfortunately, in the U.S. there is no law that mandates that foods that are GMOs should be labeled as GMOs. This makes it extremely difficult to know if the product is conventionally grown or genetically modified. To be sure you’re not feeding your family GMOs, choosing organic is the best way to go.

Going Organic is the Best Choice

A study done by Newcastle University (United Kingdom) found that the nutritional and compositional components vary in organic and conventional foods. By eating the nutritional content naturally found in the organic plant eating organic can increase your antioxidant intake by 40%. Antioxidants are cancer fighters that are extremely good for you, so why not choose the antioxidant rich choice! Also, non-organic foods are sprayed with many pesticides and herbicides, which you end up ingesting. The study says that over time, consuming even trace amounts can leave to build up of harmful things such as cadmium, a metal that can become toxic, in your body.

It Tastes Better Too!

There was a study called Fruit and Soil Quality of Organic and Conventional Strawberry Agroecosystems done to test the nutrient content and taste between organic and conventional strawberries. Overall, the organic strawberries received better ratings for taste and sweetness. They also had a longer shelf life even though they were not treated with post-harvest fungicides like the conventional strawberries were. That’s right, growing a plant the way nature intended it to be makes it taste better! Conventional fruit tastes ‘good’ but when you have an organic peach right off of the tree it is just so much more delicious and, for lack of a better word, ‘peachier’. When I was little my mom grew a variety of antique and organic rose bushes in our backyard in California. The whole backyard smelled so good, whereas a modern rose in the grocery store hardly has a smell at all. Organic foods may sometimes not be as ‘pretty’ and ‘perfect’ but imperfections are beautiful and make for great tasting foods.

GMO’s are part of a science experiment. Wouldn’t you rather not be the Guinea pig? When you eat organic, you know that the food is good for you and there is nothing that could be potentially harmful. To make sure you’re buying healthy and natural foods, choose organic.