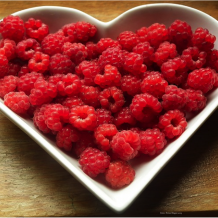 Protect Your Heart From Air Pollution

Researchers found that elderly men were less likely to experience changes in heart function during heavy smog days if they ate foods loaded with flavonoids, an antioxidant found in plants.

For example, eating about 100 grams of blueberries (about three-quarters of a cup) every day might protect older men from smog-related heart disease, said lead researcher Jia Zhong, a doctoral student at the Harvard School of Public Health.

“We as individuals have no regular means to protect ourselves from air pollution,” said Zhong’s mentor, Dr. Andrea Baccarelli, an associate professor of environmental epigenetics at the Harvard School of Public Health. “Here we have a potential avenue where we can protect ourselves.”

Smoggy air can reduce the heart’s ability to vary its rhythm. Reduced heart rate variability has been linked to death from heart attacks and heart disease among older people, Zhong said.

“We were looking if there were any factors that could make the harm less significant,” Zhong said.
The researchers landed on flavonoids, which are compounds in plants that provide their color. Flavonoids are well-known antioxidants—substances that may prevent or delay some types of cell damage.

For their study, the researchers focused on 573 Boston-area elderly men taking part in an aging study. They compared clinical measurements taken of the men against air quality measures for their community, and had the men fill out diet questionnaires. Over an 11-year period, the men tended to suffer from reduced heart rate variability when smog levels rose for 48 hours, the researchers found.The effect was even worse for men whose genetics tended to suppress a protein called toll-like receptor 2, which detects foreign substances and passes on signals to the immune system.

But the air pollution and genetics had a far weaker effect in men who consumed high levels of flavonoids in their diets, the researchers found. Flavonoids may help protect against pollution-related heart risk by helping regulate the body’s immune system response, they said.
“Diet makes a difference,” Baccarelli said. “The amount of flavonoids found in chocolate or blueberries can reprogram our genes.”

The researchers warned that this shouldn’t be taken as an indication to gorge on chocolate bars or guzzle wine. “If you eat too many calories, that’s not going to be good for your heart,” Baccarelli said.

Baccarelli added that because the study is observational, it does not prove any cause-and-effect link between flavonoids and heart rate variability. Clinical trials will be required before any dietary changes can be recommended.

The research was scheduled to be presented Monday at the American Heart Association annual meeting in Chicago. Research presented at medical meetings should be viewed as preliminary until published in a peer-reviewed medical journal.

Dr. Russell Luepker, a professor of epidemiology and community health at the University of Minnesota School of Public Health, agreed that these results should not lead anyone to drastically change their diet.

“There are a whole bunch of links here that are speculative, and a study that talks about associations can’t fill in these speculative links,” Luepker said. “This is only a first step. We need a lot more before we start telling people to do different things.”