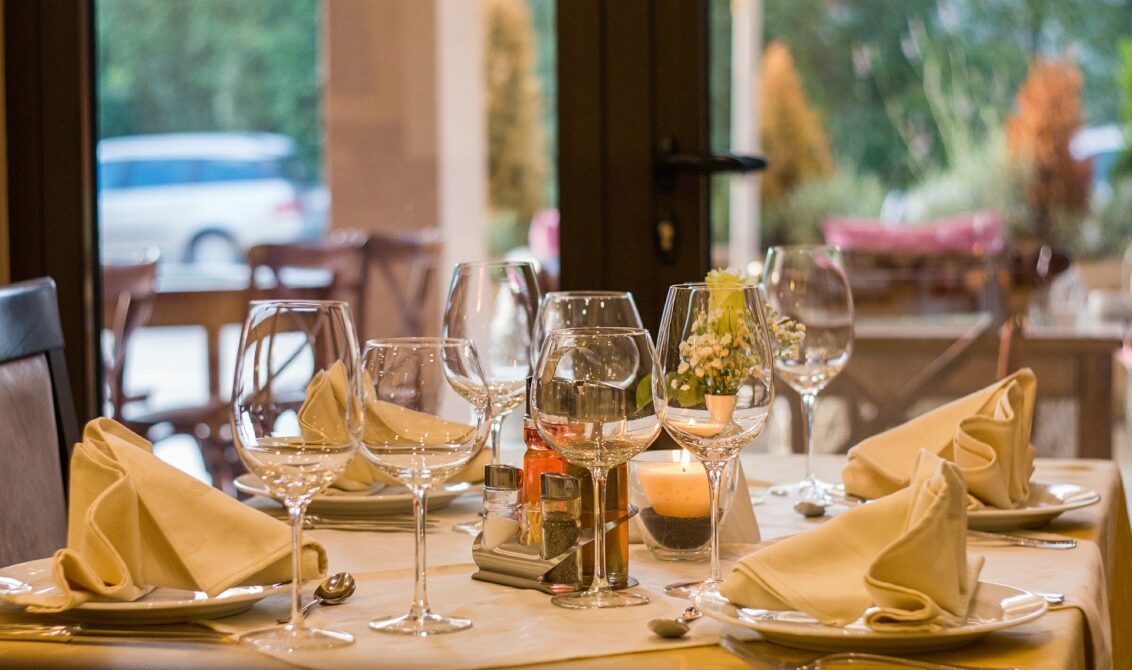 The Vietnam War and the Khmer Rouge’s reign of terror destroyed large parts of Cambodia’s infrastructure and the population still suffers from poverty and hunger. Children live on the streets and are exposed to abuse. The Smiling Gecko Project enables families to help themselves. Projects have been defined based on the four pillars of education, agriculture, handcrafts / production and tourism / gastronomy to aid in the fight against poverty, increase school and vocational training and foster environmentally friendly development.

The Farmhouse and restaurant were built in 2015 and belong to the NGO Smiling Gecko. The idea was to accommodate tourists and students involved in the project. The Farmhouse offers a sustainable training and employment place for local residents. It enables more than 40 employees to have a secure job with humane working conditions and fair income. They are able to earn a living and sustainably support themselves and their families.

Farmhouse Smiling Gecko is located in rural Cambodia between rice fields about 65 km from Phnom Penh. The stilt houses and bungalows are built in the traditional Cambodian architectural style and fit perfectly into the lush, green surroundings.

One of the success stories of the project is that of chef Mariya Un Noun.

“I garnish my food with love,” says the 30-year-old chef. Her story begins in the slums of Phnom Penh in Cambodia. After only being able to attend 3 years of school growing up, Mariya Un Noun now works as the Executive Chef at the Smiling Gecko Farmhouse.

The mother of two children came to Smiling Gecko in 2014, where she quickly attracted attention with her passion and talent for cooking. The Smiling Gecko Project enabled her to train as a chef and she spent several months in Switzerland at the Hotel Management School in Lucerne and completed internships with top Swiss chefs.

Since the opening of the Farmhouse Smiling Gecko restaurant in 2015, Mariya has played a crucial role in the development of the menu. The young Cambodian interprets local specialties in her own creative way. She uses her intuition and a lot of love and creates a wonderful blend of Cambodian and European cuisine. Recently, she hasbeen endorsed by top chef Andreas Caminada, who was impressed by her talent. The partnership with his foundation “Fundation Uccelin” gives young European chefs the opportunity to work with Mariya in the farmhouse and to bring the soul of Cambodian cuisine to the world. 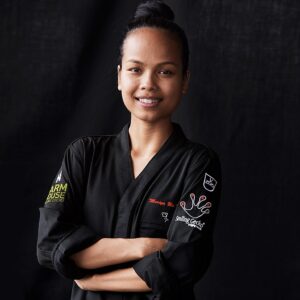 On the other side of the world, in the newly opened 100% holistic vegetarian Hotel Paradiso located on the Seiser Alm, another chef surprises her guests with creativity and skill.

Opened in July 2020 after extensive renovations, Paradiso Pure.Living is the first vegetarian and sustainable hotel on the Seiser Alm, the largest high alpine pasture in Europe which is nestled in the middle of the Dolomites.

The concept is based on the vision of a healthy and sustainable lifestyle. It is the owners’ wish to inspire guests to take ideas home with them and integrate them into their everyday life. The 100% vegetarian cuisine offers a delicious, natural variety and at the same time contributes to the environment.

Born in Abruzzo in 1982, her path leads her through Italy after studying international relations. She gained her first experiences in simple Trattorias, but her talent and passion led her to well-known starred restaurants, where she continued to develop her passion and skills (Ristorante Reale 3* Michelin, Ristorante Danilo 1* Michelin, Raphael Hotel Relais Chateaux 5*).

In the starred restaurant Danilo in Crotone she was exposed to the world of herbs and fruits and became completely fascinated. “Being vegetarian is a choice for life, it means becoming aware that what we eat is transformed into energy to support our body, soul and spirit.”

At the Hotel Paradiso Pure.Living, Federica, as a chef, follows a 100% vegetarian approach in the knowledge that this concept promotes personal health while reducing the carbon footprint in our fragile environment.