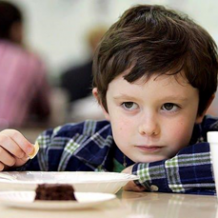 The Costs and Consequences of Malnutrition

Not long ago, my dad was admitted to the hospital. In addition to having no appetite, he had lost roughly 12 percent of his body weight in recent weeks. However, because he isn’t underweight, he didn’t appear malnourished. His compromised nutritional state was overlooked.

Dad should have received a nutrition assessment and been placed on a nutrition care plan within 48 hours. Instead, he went undiagnosed and was placed on a diet of clear liquids, amounting to only a third or fourth of his required nutritional needs. Not getting the calories you need — because of illness-induced loss of appetite, gastrointestinal symptoms, restricted diets, or a reduced ability to chew or swallow — is hardly a recipe for recovery. Though Dad’s condition continued to deteriorate, it was not until day 10 of his 11-day hospital stay that he was started on nutrition intervention.

Unfortunately, this is not an isolated incident. The prevalence of malnutrition is startling and comes with an enormous economic cost – to the tune of $156.7 billion annually.[1] According to the Journal of the American Dietetic Association, one-third of patients arrive at the hospital malnourished. Another third that aren’t malnourished upon admission become so while in the hospital.[2] Left untreated, these patients continue to decline nutritionally, increasing their risk of complications and readmission. [3][4]

Many adverse reactions could be prevented with early nutrition intervention; however it is not implemented consistently. Many hospitals lack an adequate number of dietitians, who are most often tasked with nutrition care. In a survey regarding nutrition screening and assessments in the U.S., the most commonly reported barrier was insufficient staffing.[5] In addition, dietitian recommendations are only implemented by physicians in 42 percent of cases.[6] Nurses, who oversee patient care, and pharmacists, who can help with medication side effects hindering nutrition intake, are not always systematically included in the nutrition care plan.

An interdisciplinary approach can help. In a study conducted at The Johns Hopkins Hospital, a team-based approach to nutrition screening reduced the length of hospital stay by an average of 3.2 days in severely malnourished patients and resulted in substantial cost savings of $1,514 per patient.7

A comprehensive malnutrition clinical pathway leads to reduced readmission rates as well. In a community hospital that implemented such a program, thirty-day readmission rates decreased from 16.5 to 7.1 percent.8

Because I know the signs of malnutrition, I insisted on a nutrition consult for Dad. But not everyone has the information they need. That’s why the